I sit on the deck of a 33-year-old freight ferry, somewhere on the Caspian. Kazakhstan lies far behind me. Azerbaijan is already visible, but we seem stuck in the water, moving neither forward or back. Who knows when we will actually reach Baku.

Our ferry may be stuck, but I am not. This is my declaration that I will fight and will not forget:

The triple denial of an F-1 student visa to Sultana Kali is rooted in transphobia and discriminatory views of LGBTQI persons in Kazakhstan.

Why do I believe this, and why will I fight a system that has the means to crush me? For that, see my Letter to a Senior Colleague. The evidence speaking most loudly that the denials are rooted in transphobia is this:

Of sixteen students accepted by Lane Community College since 2010 -- four of them this year -- Sultana is the first to be denied a visa by Consular officers in Astana and Almaty.

Read those words again and let them sink in. In what way did Sultana differ from other Kazakhstani students accepted by Lane? Were Sultana's finances that much different from those of 15 others? Were her ties to Kazakhstan that much weaker? I don't think so. It will take strong documentary evidence in the form of a spreadsheet comparing these characteristics for all Lane students to convince me that Sultana differs significantly. I only know of two ways in which Sultana stands out from others: 1) She is tall, and 2) She is transgender. I put my money on the second as being the characteristic that led Consuls to refuse her visa on the grounds that she is an intending immigrant, the catch-all category of refusal that is used by Consuls when an applicant does not meet their criteria, a catch-all that in the end can mean almost anything. As anyone who knows Sultana can assure you – as I can assure you -- an intending immigrant is one thing Sultana most definitely is not. Her life now and in the future is firmly rooted in Kazakhstan.

We've lost our battle with Consular in the sense that Sultana is not going to the US to start college this month. Her life is on hold for yet another year, denied education in Kazakhstan and now, thanks to Consular, in the US. My country is now complicit with Kazakhstan in what I consider to be a human rights violation.

I wanted to resign after the first visa denial. Early retirement still beckons as an island of rest, but several colleagues prevailed on me to stay in the Foreign Service.  And so here I still am. I hope, however, that those same colleagues understand that behind my smile, I am a fighter and will use every means available to this pen even if the odds against victory are huge. I will wield this pen within the U.S. State Department and in public, the personal consequences to me be damned.

The engines of this ancient ferry have started again. Soon I will be disembarking in Azerbaijan on a circuitous journey to the US. Behind me lingers the image of Sultana at the seaport in Aktau. The physical and emotional feelings of that final hug remain. For Sultana, her family, all in Kazakhstan's LGBTQI community, all dear friends in Kazakhstan, and for my own heart and soul, I will not walk away from this fight. To all who have stayed behind in Kazakhstan, I assure you our parting is only temporary. We will be together again. I will be back. 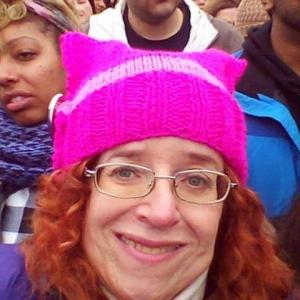