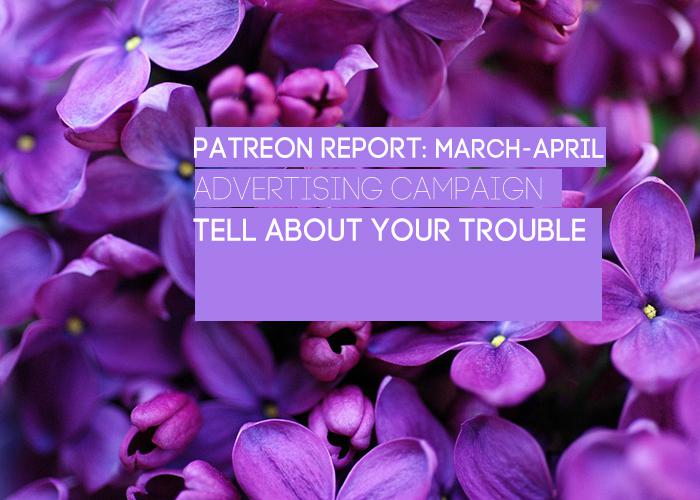 The number of donations becomes less and, in principle, this is normal. Yet, we want as many Kazakh LGBT people as possible to know that they are not alone. Please tell your about your experience in supporting the Tell About Your Trouble project to those for whom this could also be important. Even one dollar a month is a guarantee of the stability of the project. Many thanks to all past, present and future patrons!

In March, $ 120.57 were transferred to Patreon for the Tell About Your Trouble project.

In addition, $ 10 were transferred to support the editors of Kok.team.

In April, $ 103.50 were transferred to Patreon for the Tell About Your Trouble project.

In addition, $ 10 were transferred to support the editors of Kok.team.

We launched a campaign in VKontakte using the amount of 3,001 rubles ($ 46). The announcement was shown to 42,649 people participating Kazakhstani LGBT publics/groups.

We launched a campaign in Facebook using the amount of $ 99.65. The announcement was shown 127,219 times among the Kazakhstani user segment.

The shortage is due to cover of budget over expenditure caused by incorrect settings on Facebook. For more details, please, see the February Report.

In Merch & April, the form was filled with 22 cases.

report Tell About Your Trouble