My name is Didar, I am 28 years old and I am from Nur-Sultan city (formerly Astana). I always wanted to become a professional in my field, and so I managed to get into the prestigious quasi-governmental organization that I dreamed about. Everything was fine until, after four months of working, the chef came up to me and said that there were rumors about my nonstandard sexual orientation. And although I accepted myself as a gay, I was not ready to talk about this with others, and even more so, I was not ready that the leadership would talk to me about it.

This statement shocked me, and I asked who started such rumors. He named the names of several employees. I decided that it was necessary to stop everything in time before it was too late - in the sphere where I work, homosexual orientation can cause not only disrespect or contempt, but even put your life at risk. It would be better if no one knew about this, so I asked my colleagues not to spread rumors about me. However, right after our conversation they reported to the head of the organization that I had approached them and asked them not to talk about my orientation anymore.

The next day, the big boss of organization called us all to his office to talk. Discussion topic: “Is Didar gay?” The meeting lasted 10 minutes in a circle of eight people who discussed how I dress, how I behave, how I can have sex with guys, why my voice is gentle, etc. There were laughter, bullying, insults with such words as “fag,” “pillow biter,” etc. I put up with my head down and eyes closed — I felt very bad. I hoped that they would discuss it, then calm down, and forget it. At that moment, my career was more important for me for which I tried for many years working on myself – that I decided let the things go. On the same day, I spoke about my problems with a colleague with whom I was in good relationship. Thanks to her advice I went to a psychologist, because I was crushed and did not know whom I could speak up about the hardships I was facing.

The situation at work started becoming worse and worse. The attitude of the whole team whom I worked with had changed towards me. Some of them stopped saying hello, greetings and shaking hands, while others began to shun and some even came up to condemn me. Sometimes religious colleagues came up, they said that I would burn in hell, and it would be better if I were not born in this life that I dishonor the great Kazakh people and their religion. They asked how I still walk on this land as being gay and how come my family had not abandoned me a long time ago. I locked myself up into my little world.

Over time, threats and manipulations from the leadership began to grow - knowing about my orientation, they began to press me to sign some documents with retroactive dates instead of them, which did not concern me at all. I also worked overtime and been forced to do their personal affairs, projects and carried out their assignments for sake of my safety. I thought that everything would pass one day that they would change their attitude towards me and it all was only temporary. But that was a mistake.

My orientation had become the object of manipulation. I did not contact the police, because such blackmail is not investigated in our country and the hopes for a positive result were very small, especially since these people had connections and power. They threatened that if I go somewhere to report it, I may have serious problems with my life and no one would believe me.

Realizing that this could not continue further, I decided to take at least some break from it that I flew from Nur-Sultan to Toronto in September for short vacation and turned off the phones. I wanted peace, I wanted to disconnect from everything. From time to time, I thought about committing suicide. From fear and oppression, I even began thinking and doubting on myself that maybe they were right in everything what they said about me, as a homosexual I am sick person and do not deserve to live.

While I was on vacation, I received messages from the chef that I had to take on his personal assignments, for the which I was not going to be paid because I was gay. I pretended that I had no connection during my vacation and did not respond him back. When I returned, I learned that chef was promoted and appointed to a very high position in the civil service.

The worst thing started when chef, having gone to a higher position, carried out a fraud with documents in order to have interest on my wages. He supposedly increased my salary without telling me that so he could take difference for himself making me to receive the same amount of wages I was receiving before. I did not get a penny even from the bonuses that were written to me according to the documents.

After their realization that I was holding on to work, they began to intimidate me, saying that I would have to work for them, even if they were in other positions and in other organizations, otherwise they had to kill me for being gay and destroy me. I came to the point that I had to leave from there and break the connection with these people. I wrote a letter of resignation.

From that moment when I wrote resignation letter, I began to record all the conversations and threats addressed to me on the recorder for security reasons. They found out that I was recording on the recorder, they took the smartphone away and forced it to open access to it, after which they deleted many of the recordings. Fortunately, some synced with iCloud and I still have access to them.

On the same day when leadership found out about my records, I was attacked in my area where I live. There were four attackers, all dressed in black jackets. I had never seen them before. All of them were about 25-30 years old; they jumped out of the sharply pulled up gray Sedan car. I was saved only thanks to the construction workers who were nearby at the construction site.

Having returned home after the attack, I immediately packed up and went to the doctor. The next day I came to work with my boyfriend and issued a dismissal. Then I locked myself at home for a long time and did not go out. I deleted Instagram, Facebook and changed the number.

Now I temporarily left for another country to recover and improve my psyche and health. Recently I received an anonymous message: “If you think that you can dump just like that, then you are mistaken. We will find leverage on you. How do you like the funeral for your mother? ”

I am scared to return home. 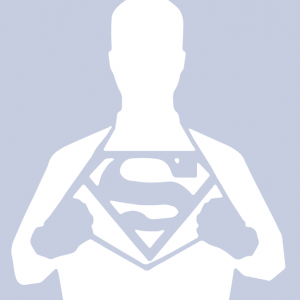