Fortebank announced that any of its client could request a personalized Mastercard with a picture or design of one’s choice.  There is of course a list of restrictions that excludes trademarks, offensive, vulgar or political images, as well as a disclaimer that “the bank reserves the right to refuse to issue cards with an individual design without giving reasons”.

That does sound fair and legit until the bank actually starts explaining refusals and here starts the interesting part.

Kaleidoscope is an LGBT-community that decided to try the service and submitted a request with a design they use for their online platform, a handshake with a rainbow background. Little did they now that the request will be turned down with the following explanation from the bank (which they did not have to provide according to their own disclaimer). Below is an excerpt from the call.

Operator: [Is your picture connected to] a community of sexual minorities? We have received similar requests and these colors were there. Do you have anything to do with this community?

“Kaleidoscope”: And even if we do, then what?

Operator: Well, it's a propag ... ban. You see, there was a list of designs of what is allowed and what is not, and there all propaganda of all communities is prohibited, furthermore the flag used by this community, right? Therefore, it will not work here, unfortunately.

“Kaleidoscope”: I do not understand what your company can call propaganda? What do you mean by this?

Operator: Propaganda? Well, you go through the list - there are religious [symbols], or coat of arms, or flag, or logos. Because all this is copyright and the bank is not responsible, has no right.

I do not think any comments would be required here.

Apparently, Fortebank is confusing Kazakhstan with Russia where they have a homophobic law in place that people call “gay propaganda law”. It seems that it would be great to remind them that not only Constitution of Kazakhstan clearly states that “no one shall be subject to any discrimination for […] any […] circumstances”. Probably it is also worth quoting Mastercard’s CEO mention that “diversity and inclusion cannot be a nice-to-have. Rather, it must be expected, not simply accepted”. Even bank’s own rules and regulations do not have any homophobic or anti-LGBT stances. Yet.

We will hope that this is a simple act of ignorance but until disposed of by Fortebank and its parental company Verny Capital this seems to be an example of discrimination against LGBT.

P.S. Both Kaleidoscope and Kok.team tried to reach out to Fortebank to get any response but since the publication of the article in Russian on September 25, 2018 and bank’s assurance of getting back to us we have not received any response. Meanwhile, Kaleidoscope is urging all LGBT and their allies to apply for a personalized card with LGBT symbols. 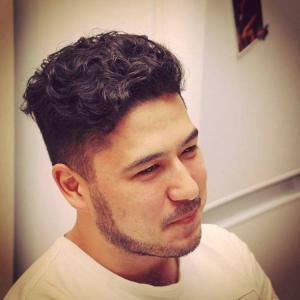