Главная » Статьи » A community without people

If you are in a trouble

A community without people

After the collapse of the Soviet Union its former republics a gradual liberalization of public relations has begun, this has also reflected in changes to national legislation. Nevertheless, each of the countries at first retained the basics of the Soviet law. In particular, one of the legacies of the Soviet Union was the criminalization of homosexuality. Some countries withdrew this article immediately like Ukraine in 1991, some others did the same later like Georgia and Armenia - 2000 and 2002, respectively. In the most authoritarian countries - Turkmenistan and Uzbekistan, gays and lesbians still can be imprisoned for up to three years. Kazakhstan has kept the article for a long time, until 1998.

Starting 1998 we can assume that Kazakhstan has stepped in among civilized countries that at the legislative level got rid of prejudice. However, later the state has made a few steps back. The new Code "On Marriage (Matrimony) and Family" was adopted in 2011, its article 11 explicitly prohibits same sex marriage. This act can be seen rather symbolic, since marriage has always been defined as "the union of a man and a woman."

Another regressive initiative related primarily to the influence of the Russian media and legislation. In 2013 Russia passed a law which complemented the Code of Administrative Offences Article 6.21, that establishes liability for "propaganda of non-traditional sexual relations among minors." As a consequence, a similar initiative was raised in Kazakhstan in 2015, a bill passed in the Senate, but was not adopted. Observers attributed this to the fact that at that time Kazakhstan bid to host the Winter Olympic Games. Back then, 27 actual and former athletes voted against the Olympic Games in Kazakhstan: they criticized that the ban of "propaganda of non-traditional sexual orientation" was inappropriate for Olympic movement. However, community leaders still worry that this bill sooner or later could come back to Parliament and will come into force. 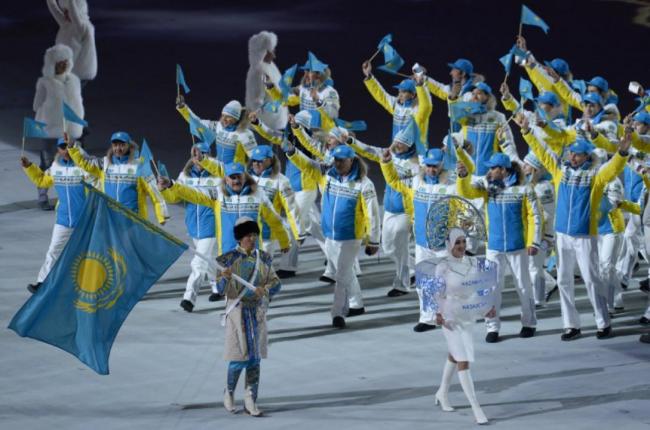 Despite the fact that the legislation of Kazakhstan does not object to same-sex love, same cannot be said about society. Unfortunately, the level of intolerance towards gays, lesbians and bisexuals is extremely high due to several factors.

Of course, the situation is changing very slowly, however, the positive results in the change of social consciousness are unstable. In 2016, Friedrich Ebert Foundation conducted a sociological survey "Youth of Central Asia. Kazakhstan", that showed two trends. On the one hand, there is some hope that the younger generation are more tolerant to the LGBT community. Among the interviewed young people who identified themselves in the questionnaire as Muslims or Christians, 61.8 % and 44.7 % respectively said that they "largely disapprove" and "fully disapprove” homosexuals. Quite a number of them were "neutral" (28 and 44.6 %, respectively). However, only residents of two regions (Almaty and Zhambyl) and the capital have expressed a neutral position. On the other hand, LGBT people continue to occupy the first place in terms of intolerance. Thus, when asked which group of people was least desired to be seen as neighbors, homosexuals were named third after alcoholics and drug addicts.

The complexity of the situation is also indicated in the recent alternative human rights reports that human rights activists prepare. Human Rights Watch released an in-depth study in 2015 which stated that

" The LGBT people Human Rights Watch interviewed in Kazakhstan said that fear influences all aspects of their lives—fear that their sexual orientation or gender identity will impede their access to education, employment, and health care; fear of violence while walking down the street; and, too often, dread at the prospect of everyday interactions with intolerant and sometimes psychologically abusive family members.”

In the conclusion of the UN Human Rights Committee, issued in August 2016, it is also stated that “the Committee is concerned about reports of discrimination and violence against people based on their sexual orientation and gender identity; a lack of protection provided to the lesbians, gays, bisexuals and transgenders under the current legislation." 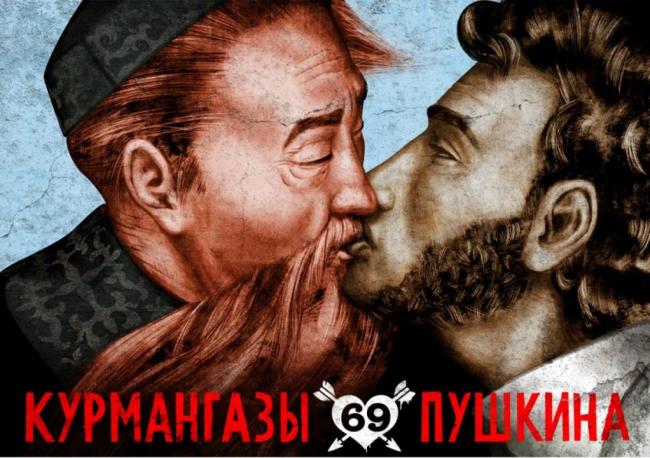 There is a number of internal reasons why Kazakhstan does not demonstrate any noticeable progress in the development of these rights.

1. A 25-year period in the history of the country failed to produce any LGBT community, which can partly be accounted for by the absence of communication channels. However, even the wide spread of the Internet does not lead to the emergence of such a community.

The other reason stems in the low level of the overall gay culture and consciousness. Homosexuals do not have common values to share and do not wish to cooperate: sexual and not social relationships remain to be the main form of interaction.

2. For the time being there has not been any serious mass media resources that would shape the agenda and could function as a mouthpiece for the community, voicing their views with regard to certain events in the life of the country.

Boys.kz forum lasted for a few years and that was the only high-quality product for online communication for the community. It used to enable gays, lesbians and bisexuals of Kazakhstan to discuss their problems and everyday issues. Unfortunately, the resource ceased to exist, and the budding LGBT community found itself deprived of any discussion platform.

3. 2015 witnessed the scandal around the Kurmangazy-Pushkin poster, which brought to the surface another serious problem - high level of internalized homophobia.

The poster showed the famous Kazakh composer Kurmangazy kissing Alexander Pushkin, the Russian poet. The picture was a clever pun reflecting the kiss and also indicating the intersection of streets where one of Almaty gay clubs was located.

This poster brought great publicity and was followed by a lawsuit against its authors. The conflict of viewpoints did not exclude the LGB people themselves.

In LGBT-related discussions of social networks gays and lesbians divided themselves into two opposing parties. The first group was convinced that the poster should be regarded as an outstanding piece of visual art worthy of a professional prize. The others believed that the scandal was rather untimely, as it was attracted attention to the topic of homosexuality and invoked a great deal of social aggression.

It revealed a vivid position of many gay people who wish to remain closeted forever and therefore abhor to show any signs of their own existence.

4. Since the beginnings of Kazakhstan’s national independence, there have been several attempts to create a non-profit organization that would exclusively focus on lesbian, gay, bisexual and transgender rights. Only two relatively long-term and noticeable projects come to mind: Amulet, that has been closed, and Adali.

Unfortunately, they failed to arrange regular and efficient work on the improvement of cultural and educational level of LGBT as well as the society at large.

Both organizations concentrated their efforts on HIV/AIDS prevention within the vulnerable population.

It is also worth mentioning that there are some changes for the better. For example, in Almaty there are a few groups such as Feminita, more focused on lesbian and feminist issues, and Alma-TQ focused primarily on transgender people.

This sheds some light on the effectiveness of such subdivisions that make it possible to pinpoint the needs of a narrower group and meet them; on the other hand, no one denies the importance of consolidated effort for the sake of solving common problems.

5.  For lack of a certain agenda, there is no political will on the part of the local authorities. It is obvious that the political institutions are not going to initiate any reforms aimed at liberalization of public relations with regard to the discriminated minorities.

External factors are also worth mentioning. It makes sense that it is up to Kazakhstan citizens to defend their political rights. However, we should not underestimate an active position of the international community: they might be supporting the activists as well as influencing Kazakhstan authorities through mass media, international organizations, diplomatic notes, etc.

These measures will not be effective without the driving force from within the community itself to change its social environment. However, with no outward support it would be quite difficult for the activists in Kazakhstan to make any change.

Kok.team project aspires to contribute to the emerging of social and intellectual ties between those who regard themselves as the integral part of the international LGB-family and want Kazakhstan to become a friendlier and more comfortable place for gay and bisexual people. The platform aims on two particularly ambitious goals that have never been set before. They are, firstly, to accumulate and generate the academic and research content and, secondly, to create the content in Kazakh language. To the greatest regret and shame of Kazakhstan activists, for all these years there has not been created any single resource in the state language yet. Paradoxically, with the unlimited access to information, the Kazakh-speaking part of LGB-family finds itself inside an informational vacuum. The guys and girls who speak only Kazakh do not have a chance to get all the necessary information about their social, cultural and biological identity. They lack knowledge even of basic sexual hygiene and STD prevention. Our team will do our best to try to resolve these issues.

The experience in other countries as well as the historic experience demonstrate that no positive changes should be expected until people with the same background and interests start to support each other, feeling this common responsibility for the development of the community. Kazakhstan’s gay, lesbian and bisexual people’s way is no different. We are not the first to go along this path and the only goal we have is to keep going.

March 11, 2019
You are reporting a typo in the following text: Simply click the "Send typo report" button to complete the report. You can also include a comment.