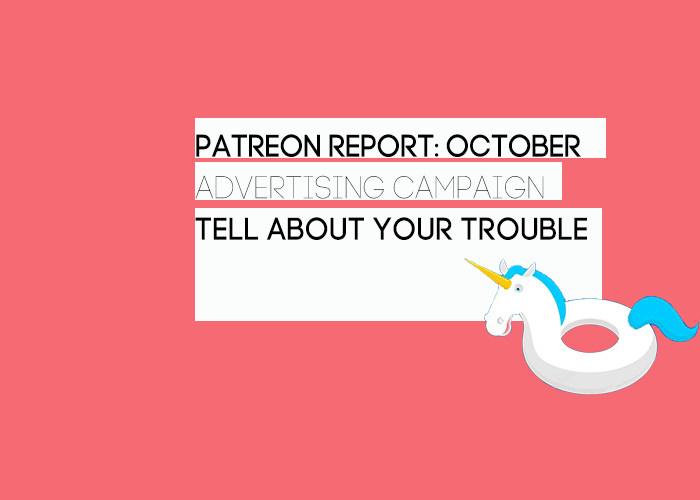 Tell About Your Trouble form has been continuously filled. LGBT people in Kazakhstan tell about the difficult conditions they live in. Each such story is valuable, as it is proof of the statement - changes are extremely needed in the country! In many ways, this has become possible thanks to you, those who have been transferring money to the advertising campaign of our project for several months on Patreon website.

Balance from the previous month - $76.

Total for the October advertising campaign, we raised $262,75.

For the second time, a campaign was launched on VKontakte. Two advertising campaigns were launched: LBT-women, and GBT-men. In total, 14 408 rubles (approximately $ 218) were spent. On account Vkontakte has left 1 361 ₽ (about $20). This amount, as well as the balance on PayPal - $ 8.5, was transferred to November.

Total - 399 975 people have seen the advertisement of the project Tell About Your Trouble.

To date, 53 people have reported cases of discrimination and hate crimes related to sexual orientation and gender identity (SOGI) - 11 more than in September.

report Tell About Your Trouble