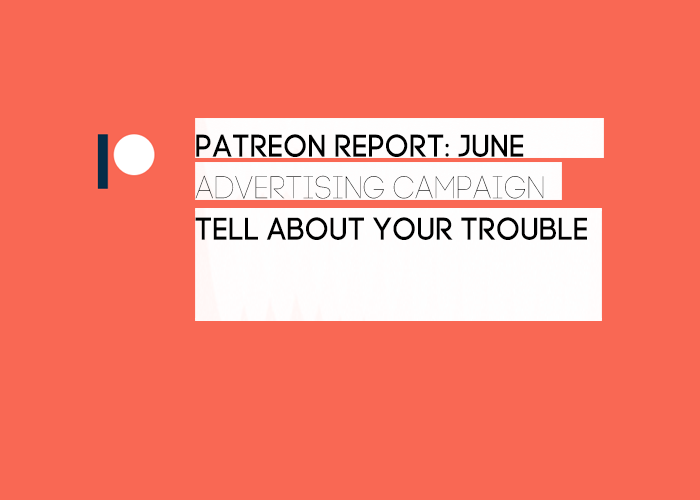 It is time for the first report to our partners - people who support the monthly advertising campaign Tell About Your Trouble donating money on Patreon.

Total - 165 109 people have seen the advertisement of the project Tell About Your Trouble.

To date, 22 people have reported cases of discrimination and hate crimes related to sexual orientation and gender identity (SOGI).

The project "Tell About Your Trouble" is a tool for monitoring cases of discrimination and hate crimes towards LGBT. Since there is no such legislative in Kazakhstan, there are no statistics, and therefore there are “no crimes”. This is what homophobes and officials say. But the community members’ experience suggest otherwise. Tell About Your Trouble allows people, with whom a disaster has occurred, and who will not go to the police because of fear, at least to report what happened to them. These statistics will become part of the alternative report on human rights in Kazakhstan in 2019, when our officials will report to UN.